As Rick sat there on the floor looking into that empty cradle, he wiped tears from his eyes the entire time I was taking his photo. (I too, wiped away many tears. We actually stopped for a moment and I went to him and prayed with him before we went on.) When he paid for those abortions, he paid more than just $500 (which is the amount of money lying on the floor before him). Over the years he has come to realize that the highest price was lost fatherhood.

This heartbreaking photo shows the reality of abortion for many men. Yes, there are many stories about a man forcing a woman to have an abortion, or of both of them wanting an abortion (or both feeling forced to have an abortion). But there is also the scenario of the man who doesn’t want his baby to be aborted…or the man who realizes only after the fact that that choice resulted in his lost fatherhood. Those men suffer in silence.

When Rick heard that his sister-in-law, Dana, would be flying from Florida for a photo session with me, he wanted to know why she would be doing that. What kind of photo session was it going to be? After she shared her story with him, he opened up to her and told her his very sad story with a former girlfriend. I found out the night before that he would be coming with her for a session. I got only a few sentences of his story, but I knew his story must be told…especially considering that he has recently been diagnosed with terminal cancer. Now is the time that Rick’s voice can be heard! He no longer has to suffer in silence! 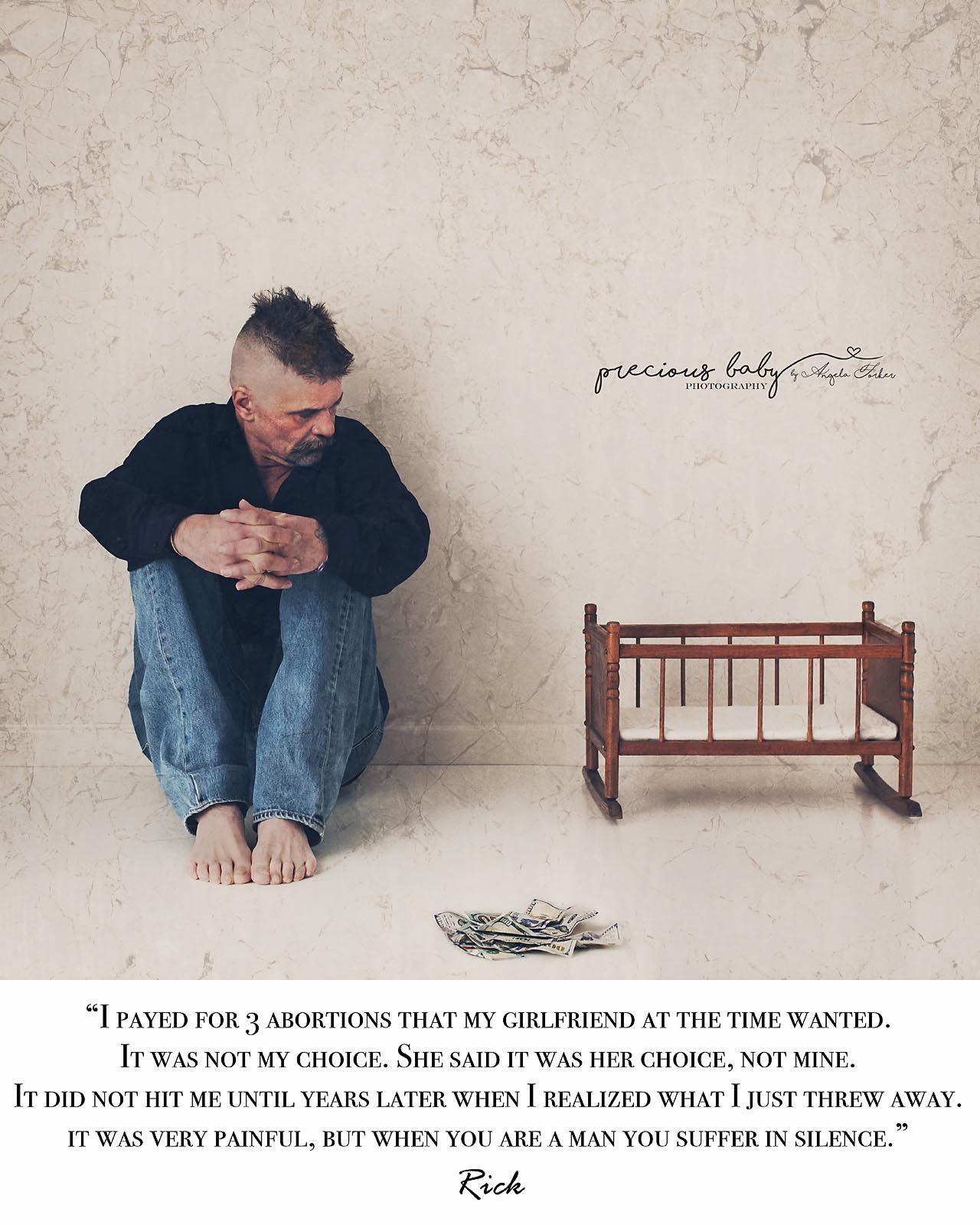